In this Action the directly involved participants are:

CARDET (Centre for the Advancement of Research & Development in Educational Technology) is the leading research and development centre (non-profit status) in the eastern Mediterranean, based in Cyprus. CARDET’s mission is to inspire next generation education, and promote research, innovation and development through evidence-based practices, cutting-edge research, and empowered people. CARDET brings together a passionate international team of experts with global expertise in migration and integration, public policies, research and evaluation, social justice and inclusive education, e-learning, lobbying and advocacy. Members of the CARDET team have successfully participated in more than 130 projects in more than 45 countries, several of which were supported by the European Commission, the United Nations, the OECD, The Commonwealth of Learning, international agencies and governments.
CARDET is also the Coordinator of the Mediterranean Migration Network,  the Cyprus Focal Point of the European Website on Integration and the Cyprus partner for Migrant Integration Policy Index Project (MIPEX).
Partner Website: www.cardet.org

The University of Nicosia aspires to be a leading contributor to excellence in education and research. It’s vision is to help students become educated individuals, achieve their academic and professional goals and assume responsible roles in a changing world of European cooperation and global interdependence; to promote research and the generation of knowledge; to be of service to society through the dissemination and application of knowledge, as well as through innovative partnerships with business and civic society institutions.
The University of Nicosia, provides the scientific background, equipment and services to support the qualitative development of the network and manage the members. The University of Nicosia in collaboration with CARDET manages the Voluntary Return Network (www.vrenet.org), in which participants are, among other stakeholders, Local Authorities from the EU. In addition, the University of Nicosia has implemented a large number of relevant projects.
Partner Website: www.unic.ac.cy

INNOVADE LI LTD is an SME based in Cyprus, with a team of professionals with several years of experience in strategic visioning, business development, social entrepreneurship, technology, innovation, and academic industries. Its project experiences and academic influences span the globe. InnovADE is also a member of the Steering Committee of the Migration Mediterranean Network.
Partner Website: www.innovade.eu

Pafos municipality is one of the municipalities of Cyprus with more active participation in cultural events in Cyprus and the provision of social services to citizens which grow continuously since Pafos will be the European Capital of Culture for 2017. It is among the Cypriot municipalities with the highest percentage of immigrants. In this area, it has also developed integration practices and diversity management and engaged in a number of European Projects.
Partner Website: pafos.org.cy

Ayios Athanasios is located 3km north-east of Limassol, built in a small valley with hills, in an open sea-view location of Limassol. The roots of its people begin from the very early neohellenistic years. He received its name by the saint of its community, Saint (Ayios) Athanasios. Ayios Athanasios is today a small developing town, combining the advantages of old traditional village and the comforts of a modern town. The local Council provides as an estate, limitless opportunities for development of initiatives, project implementations, provision of services, cultural actions, motivation and entanglement of citizens for claims with positive results, for the sake of the area. The social care, the culture, sport activities are amongst others important aspects of social reality for which the greatest effort for the proper attention is provided by the municipality, developing at the same time the necessary programmes, national sponsorships, European projects etc.
Partner Website: www.agiosathanasios.org.cy

Ayios Dometios constitutes a large Greek suburb of Nicosia and it is approximately three kilometers west of the capital. It occupies an administrative area of 12 square kilometers and it is included in the municipalities of Nicosia. 4/5 of its territory is under Turkish occupation since 1974, and only 1/5 is non-occupied. The economic and social consequences of the reduced area of the municipality were numerous and still remain, despite the construction, economic and social development achieved evolutionarily. However, the municipality of Ayios Dometios runs several programs that provide various services to citizens.
Partner Website: Ayios Dometios Municipality 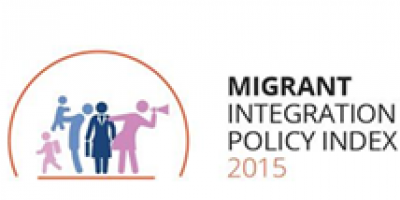 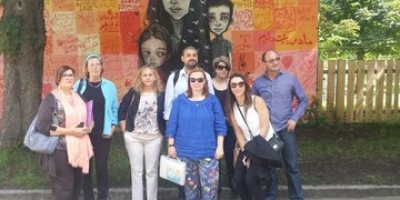 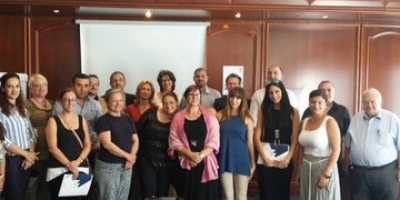 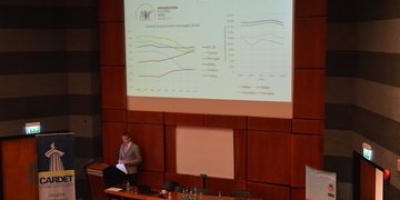